A glimpse of beauty

Inspiration comes to me in many forms: a touching passage, a beautiful scene, a soft melody, a lingering hug, a flavorful meal, and sometimes, a great movie.

Since beginning a new writing program at my school, I’ve been keenly aware of my thoughts and their potential stories.  Seeing Begin Again, I wondered why I was so affected.  What was it about this movie that moved me like a passage from one of my favorite books?  What was it about this movie that sent chills down my spin; chills like the ones I get after hearing a Broadway singer belt the lyrics to a finale?  Then I had it.

The movie felt tangible.  It felt achievable.  It gave me hope that I might one day inspire others.

I’ve spent my life hiding in the shadows of my own life.  I’ve stood idly by as others took their place in the spotlight.  I could excuse my behavior by saying that I was shy and slightly awkward, but it would be just that, an excuse.

I’ve decided that it is time to stop hiding.

One day I’ll write something that does stop the world in its tracks and what will I do then?  I’ll do it again.

The English Rose Tea Room aka The Quiche Room…

The biggest difference between humans and animals is that animals only eat enough to live and humans live enough to eat.  I’m paraphrasing a bit, but that is the gist of the conversation my brother and I had about humans versus animals.  We were, of course, enjoying a meal at the time.  We determined that this fact alone accounted for the lack of obese animals in the wild.

If only I just ate to live.  My life, and my clothing budget, would be so much better.  Alas, I am a girl that loves (or rather, lives) to eat.  As I’ve stated in my previous posts I have taken a particular liking to enjoying all of the local eateries Arizona has to offer.  I try not to patronize restaurants too many times in a row but for certain places I’ll make an exception.

The English Rose Tea Room in Carefree, Arizona is one such place.  It goes without saying that I was first attracted to this eatery because of the name-paying homage to my Anglophile roots.  The restaurant and shop is decorated in such a way that you feel as though you have been dropped into some Anglophiles dream-a cardboard cut-out of Her Highness, Queen Elizabeth II greets you as you enter.  Currently there is a table set up near the hostess stand with pictures of the Duke and Duchess of Cambridge with an assortment of baby accessories in anticipation of the royal birth.  Tea cups, pots, accessories and tea itself clutter the shelves of different hutches throughout the store.  My favorite piece in the whole of the store is a tiny sign near the entrance stating simply, “I’d Rather Be In England”.  You can probably guess why that might have caught my eye.  Unfortunately, unlike most of the items in the store, it is not for sale.

Now that you have a nice idea of the atmosphere, it is time to wow you with the menu.

Proper English Tea is served daily including, but not limited to, cakes, scones, tea sandwiches and pots of delicious black, green, and white teas.  I have not partaken of this meal as I always order the same menu item, the quiche.  They always have a “special” quiche usually including sun-dried tomatoes (pronounced “toe-MAH-toe” as opposed to the American “toe-MAY-toe”), spinach, and mushrooms.  Or, you can order their vegetarian quiche which is a staple with broccoli, cheddar, and onion.  I have had both but prefer the vegetarian as I am more of a broccoli,i rather than a spinach, fan.  You can rest assured that either choice is a good one because it is not the filling that keeps me coming back for more, it is the delectable crust that melts in your mouth with each buttery bite.  Paired with a glass of their finest Black Currant Tea, iced, the meal cannot be beat.   I do not even mind the thirty minutes of laps in the pool nor do I mind the half-inch of extra “me” the meal inevitably adds to my waistline after partaking in such deliciousness.  It all is well worth it.

I thank my lucky stars that I was born a human and not an animal, especially when it comes to dining out at The English Rose Tearoom.

I am a girl that thinks about a thousand thoughts a second.

I’m thinking about love at this second-love of life, love of food, love of poetry, love of love itself.

Thus spawned a new idea: a blog.  A place for me to record these thoughts.  My hope is that you derive some pleasure from it as I seek to derive pleasure from everyday life.  Recording and sharing has become a part of my daily life and for me, there is no better way to share my story than through my pictures. 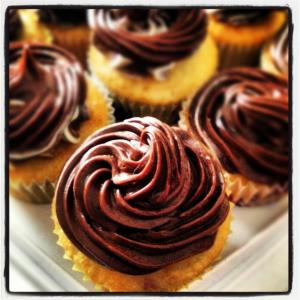 This was the photo that started it all…